Cultural Chapter is a group that shares stories and history while uniting people. Fun, facts, fiction and friendship are the cornerstones of a group that has run since April 2019. The scheme has progressed through 2020 until the lockdown – and, will return in the foreseeable future when hopefully we can one day resume some normality to our lives!
Cultural Chapter has been constructed, designed and led by World of Words tutor Rob Jones and the project has been backed by the Rhondda Housing Association. The free sessions have been every other Tuesday and until the March 2020 pandemic hit the gatherings were at Tonypandy Library between 2 to 4pm. The catchment group has grown and several dozen people have now attended at a variety of times. Variety is also a key word in the Cultural Chapter mantra as the guest speakers for each meetings have come from a range of different areas of life.

Cultural Chapter group has invited local folk for a cuppa, a chat about aspects of local history, discussions on literature.

The guests have included:

and, there were a series of bookings through until September 2020 which have unfortunately been cancelled but will be re-arranged in a world that has forged ahead from the horrific effects of this dreadful disease. Until then check out the Cultural Chapter Facebook page: https://www.facebook.com/groups/467848990564958/ 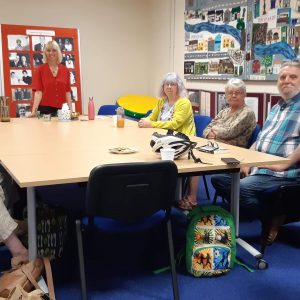 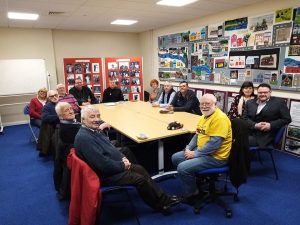